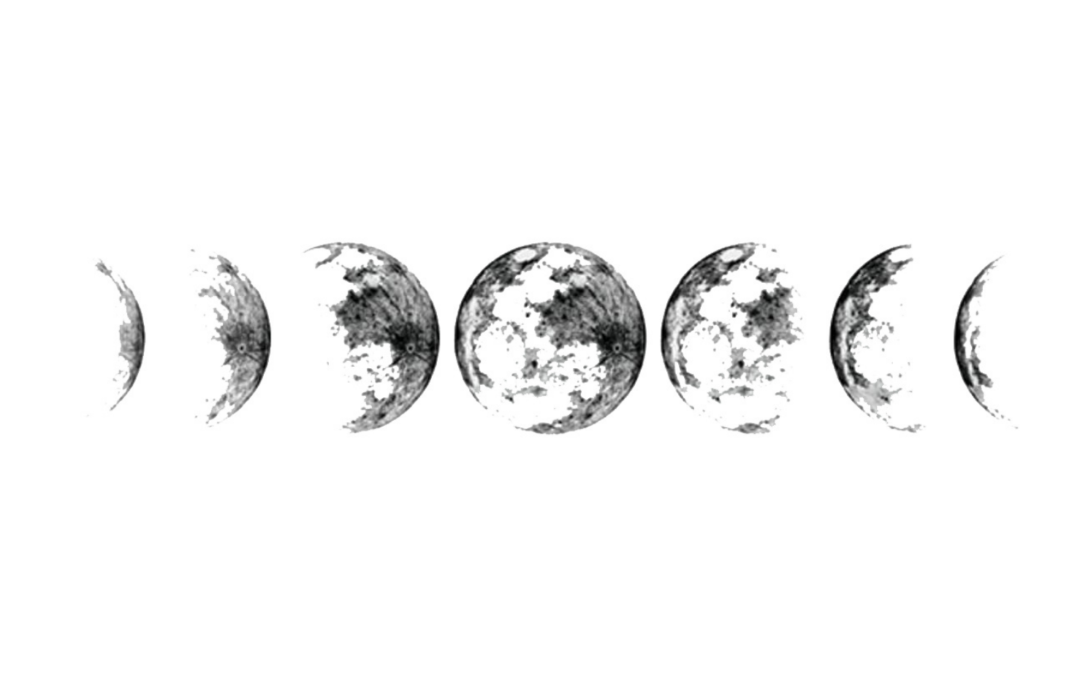 11 February 2021 moon phase is the new moon. And to me the moon is a fascinating thing. Science may indicate that there is no relationship between the position of the moon and human behaviour or well-being however there are many people who believe differently, including me, for me I believe the moon has more 'power'!

The moon attracts water. Just think of the tides, the periodic changes in water level (high tide, low tide). With the full moon and new moon we have spring tide: a tide just after a new or full moon, when high tide is higher than average and low tide is lower.

So is it strange to think that  the moon may also influence us?
If you consider that we consist of 60 to 70% water, you could say that it is not so strange that we humans also react to the phases of the moon, right? Perhaps it is not surprising then that we retain extra moisture when the moon is either full or new, or that our sleep patterns are affected by which phase the moon is in. Science states that if it is not measurable it cannot have any influence emotionally or physically. But is that so?

Many things remain a mystery that we don't fully understand. But one thing I know is that we should all stay close to nature and look to nature for answers. According to Chinese medicine, humans are a combination of the Earth and the Heavens and so our bodies mimic the world and universe around us. And that is just one of the reasons why I stand 100% behind Chinese medicine where everything is approached in a natural way.